How do 3D glasses work and different types of 3D glasses

While most people think that 3D movies are an invention of the last 40 or 50 years, it may surprise you to know that the first 3D movie came out in 1922. Since then, 3D technology has been in and out of the mainstream every few years. The biggest advance in 3D popularity was brought about due to James Cameron's Avatar film. With the explosion of popularity in the 21st century, it looks like 3D technology is here to stay, with nearly every movie available to view in both digital and 3D in most theaters.

You have already seen a 3D in theaters and even watched 3D on your television at home, but how do 3D glasses work? There are a few different types of 3D glasses that present you with an amazing visual display.

Why Do 3D Glasses Work?

How 3D glasses work depends solely on how the eyes work and communicate with your brain. Human eyes have binocular vision that works best when you use both eyes simultaneously. Binocular vision gives you depth perception and allows you to tell which objects in your line of sight are closer or farther away.

How do 3D Glasses Work with Binocular Vision?

All types of 3D glasses work by making each eye see two different things. Whether it's one eye seeing a red image and the other eye seeing a blue one or lenses that alternate darkening and lightening, your eyes seeing different things trick your brain into interpreting them in spectacular 3D.

These are one of the most common types of 3D glasses and the traditional image many think about when they wonder how 3D glasses work. These glasses utilize special red/cyan lenses to interpret the image. These lenses produce the images you see by color filtering the layered image that you're actually looking at. While one lens filters out all the red of an image, the other lens filters out the cyan, causing your brain to see the picture in 3D. The image you're looking at is usually the same image projected from two different angles — or two entirely different superimposed images. 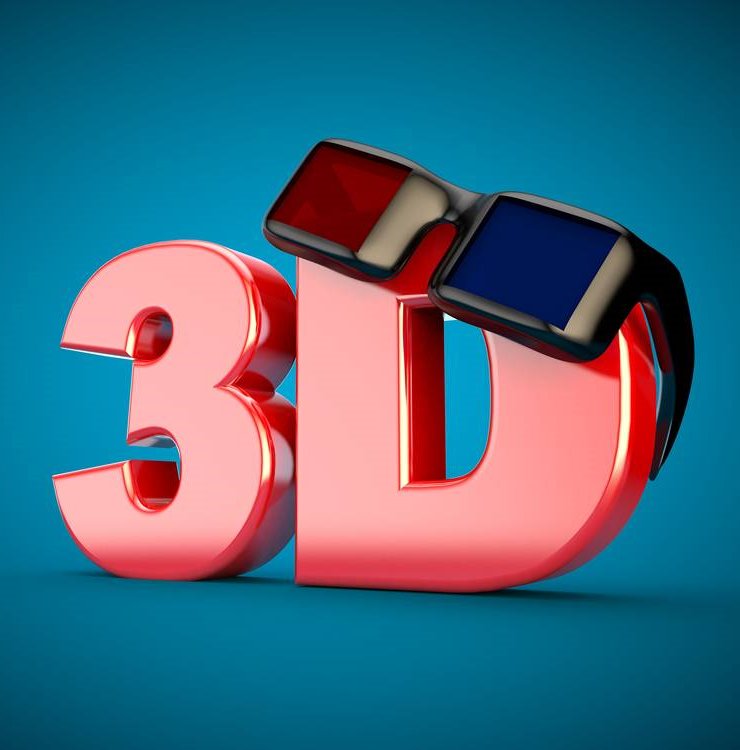 Anaglyph 3D glasses come in several variations on the red/blue lens including:

Passive polarized 3D glasses come with polarized lenses and it tricks your brain just like anaglyph 3D glasses do. So how do 3D glasses work with polarization? They restrict the light that enters your eyes, but instead of restricting the light by red and blue colors, they have a yellowish-brown tint.

In addition to the polarization on the glasses, the projected image is actually two images that are superimposed on the same screen through a passive polarizing filter. Then the glasses, which have the same type of filter, allow each eye to see the two individual images on the screen.

There are generally 2 different types of polarized 3D glasses distinguished by polarization method:

These glasses are the grey lens glasses you normally get at the cinemas, and their advantages make it become the mainstream product today:

Shutter 3D glasses are considered the active type of 3D glasses. how do 3D glasses work with active technology? While the other two types of 3D glasses use passive 3D technology, shutter glasses utilize the active 3D method. They don't use filtered images or colors to create a three-dimensional effect. Instead, shutter 3D glasses work through LCD screen technology that darkens each lens, alternating the left and the right. The lens darkening happens so quickly that you don't notice the effect unless you're paying close attention. So, it is also called active 3D glasses.

Active shutter glasses are usually battery-powered, or USB-supported, and are more expensive and heavier to wear than other types of 3D glasses. The cost of these glasses makes a huge difference to the image quality. You can get active shutter 3D glasses from various brands like Samsung, Xpand, etc. In HCBL, we offer OEM/ODM service for dealers to make customized active 3D glasses in bulk order. You are welcome to send us your special inquiry at any time.

As of today, these are all the current 3D glasses that are mature and developed for consumers.

Stay Tuned with HCBL for the latest technology and innovation that are still evolving. Thanks for reading!

Send us an Email

Fill out more information, We will get back to you within 24 hours.